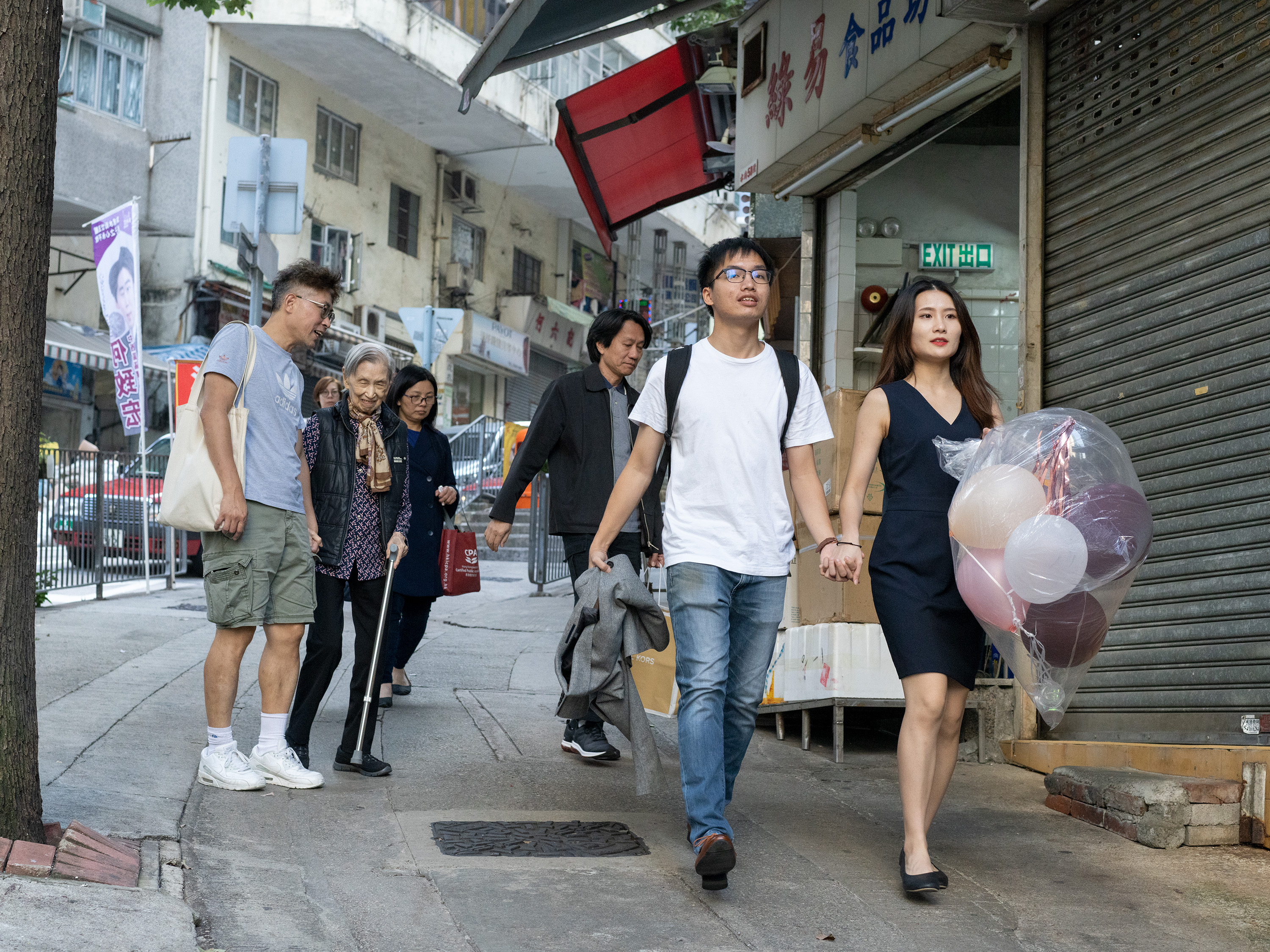 'People Watching' is an exhibition of large-scale photographs by Clement Hong Yui Chan that capture scenes of everyday life in his home city of Hong Kong. At first glance, these photographs read like an impartial document of the people and places of this fast-paced, socially diverse Asian city. However, the artist’s intention of keeping a visual memory of his people watching experiences in Hong Kong significantly deepened throughout the project to become a reflection of his own state of mind.

Clement writes, ‘I can’t help making up stories about people while observing their appearances, gestures, and sometimes interactions on the streets. But the attempt to share those observations through pictures would inevitably, using painter Francis Bacon’s words, “deepen the mystery” of whatever stories that came to my mind’.

This exhibition is presented for the Ballarat International Foto Biennale Open Program.

Clement Hong Yui Chan (born 1992, Hong Kong) often portrays his diverse subject matter in ways that defy easy categorization. He has incorporated into his work elements of a variety of styles and methodologies, including the snapshot aesthetics, the documentary-style, appropriation, digital manipulation, and lens-based experimentation. He received a BFA from the Savannah College of Art and Design, USA in 2015, and an MFA from the School of Creative Media, City University of Hong Kong in 2018. His work has been featured in photo festivals and art exhibitions worldwide.